"Echo" by Pam Munoz Ryan is a great book. It tells about a magical harmonica that passes through generations. The harmonica is given to Otto, a young boy who is playing hide and seek in the forest, by three princesses who are trapped in time. It is then passed onto the son of a harmonica maker, Friedrich, who has a large birthmark covering his face in Nazi Germany. A few years later, the harmonica ends up in the hands of a 12 year-old orphan named Mike in Pennsylvania, who is a talented pianist. A few decades later, Ivy, who is a Mexican-American floutist in California, receives the harmonica and then hands it off to a Japanese soldier. The harmonica later takes a bullet and saves his life! This is a wonderful tale of destiny and friendship. Echo is definitely one of my favorite books. 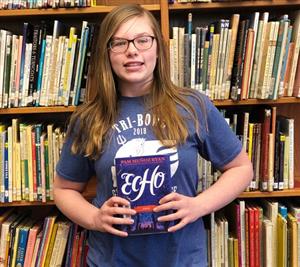